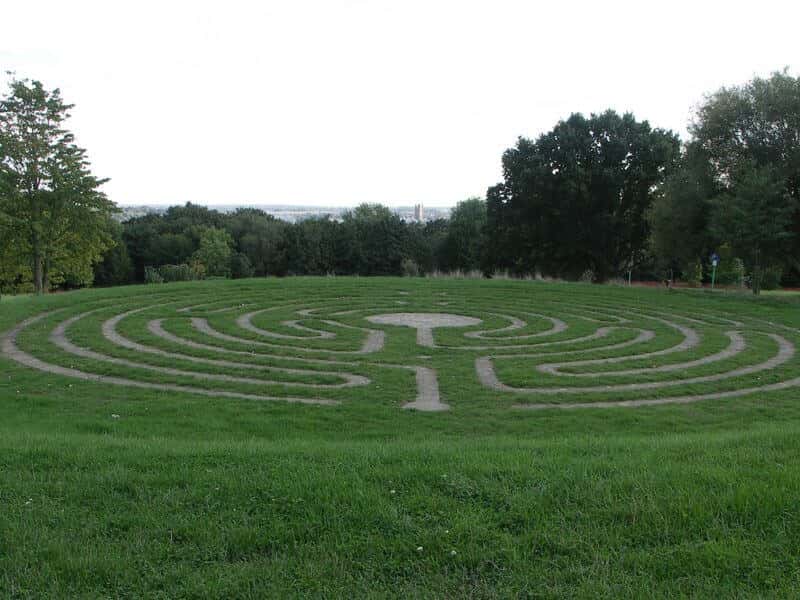 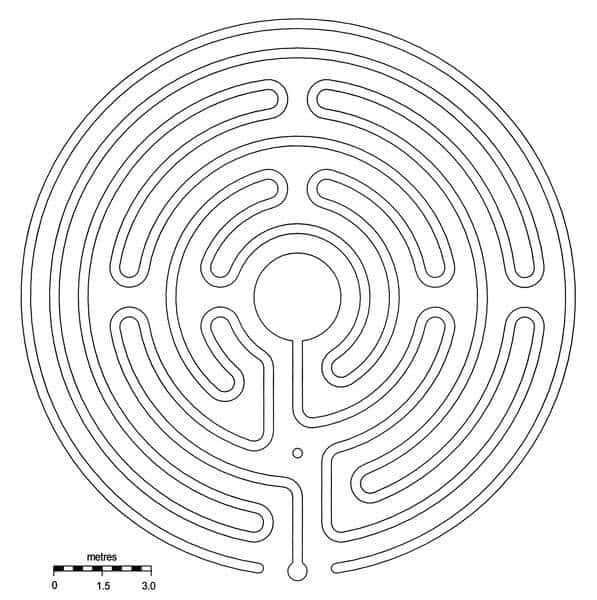 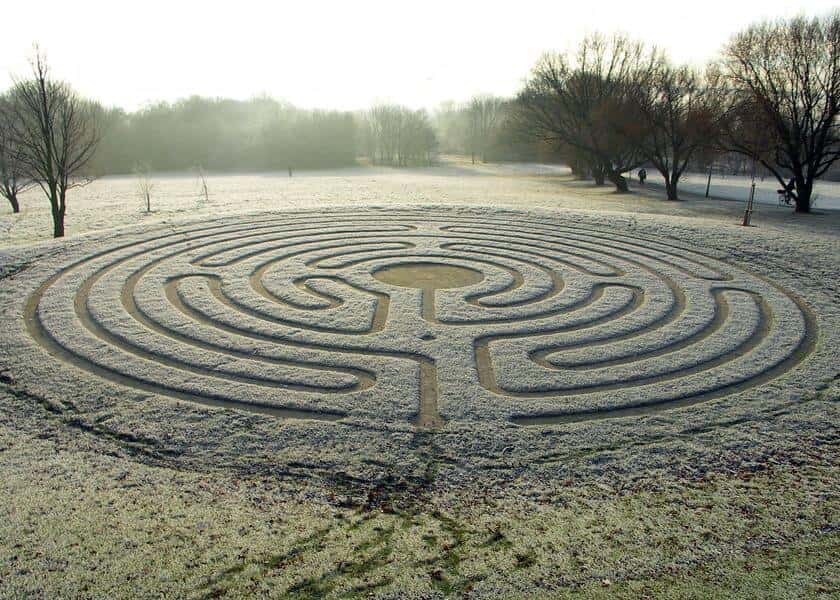 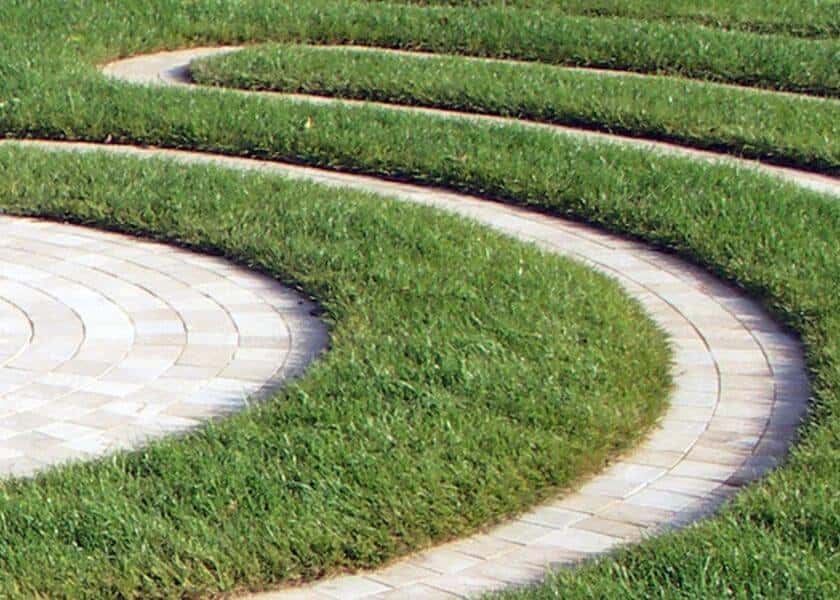 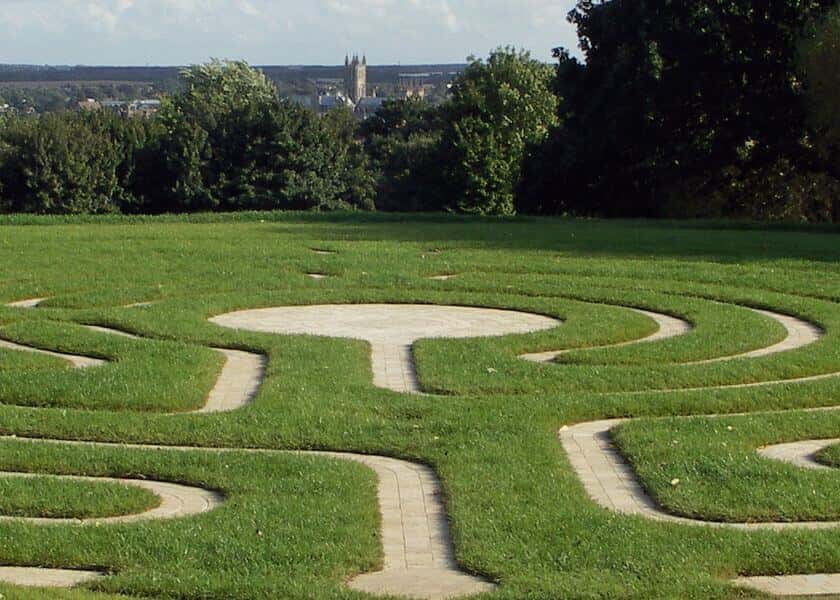 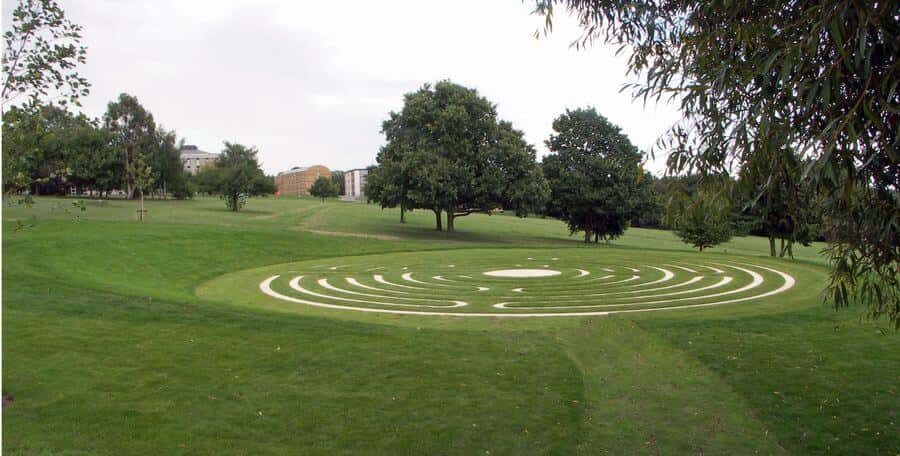 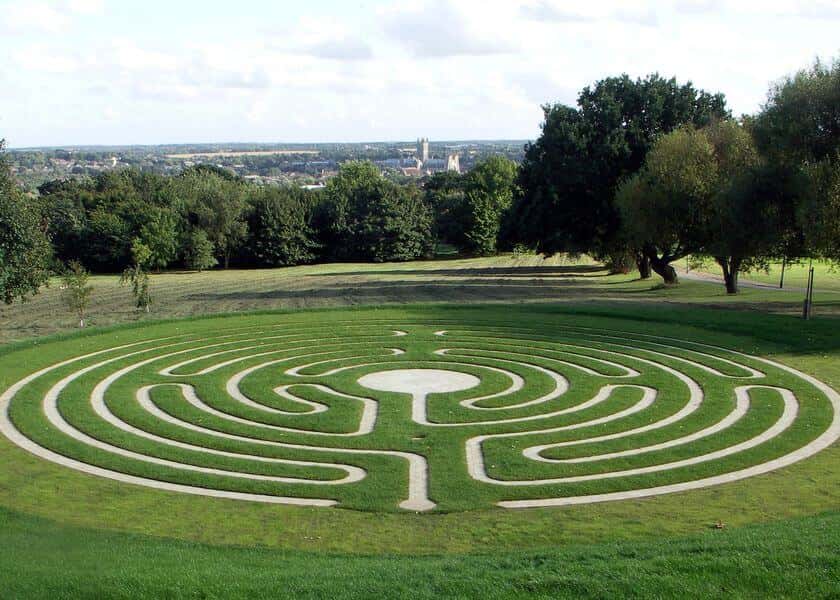 Cut into the slopes below the University of Kent at Canterbury and overlooking Canterbury Cathedral, this labyrinth enjoys a unique setting which shows off the beautiful stone and turf design by Jeff Saward and Andrew Wiggins.

This original seven circuit design in the medieval four-fold style has topological symmetry (each section walked in the first half is mirrored in the second half). The use of grass is in keeping with the English tradition of turf labyrinths which were literally cut into the ground, however the conventional format is reversed with the grass forming the ‘walls’. The path is formed by three courses of natural stone setts.

The labyrinth is situated on a direct line between the Universities’ Eliot College building and Canterbury Cathedral symbolising the link between the University and local community. The York stone from which the paving setts were cut ‘on site’ is widely used in both the old and new pavements of Canterbury City adding a physical dimension to the connection.

The impetus for the building of the labyrinth came from Dr Jan Sellers, then of the Universities’ Unit for the Enhancement of Learning & Teaching, who envisaged that the labyrinth “will provide a valuable teaching and learning resource”.

The crescent shaped bank which partially encloses the labyrinth creates an amphitheatre-like space suitable for use as a new performance area for the University.