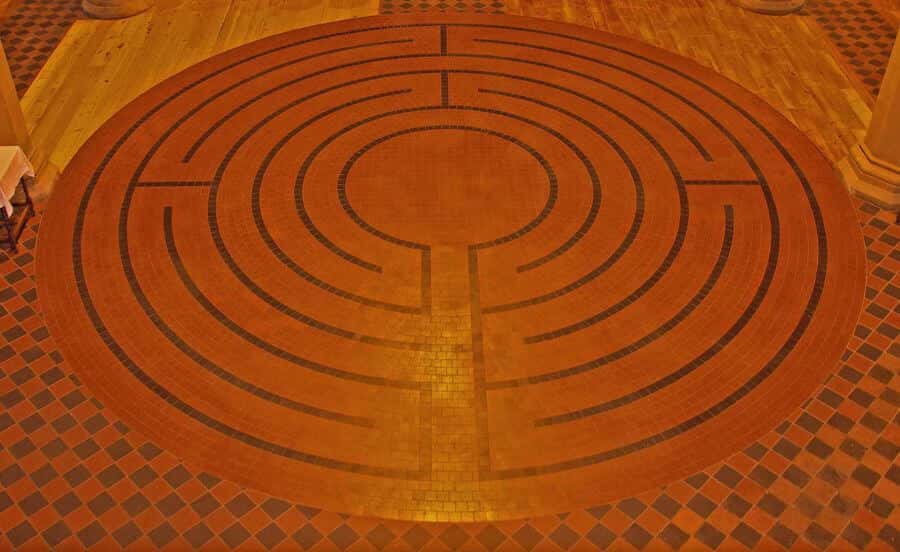 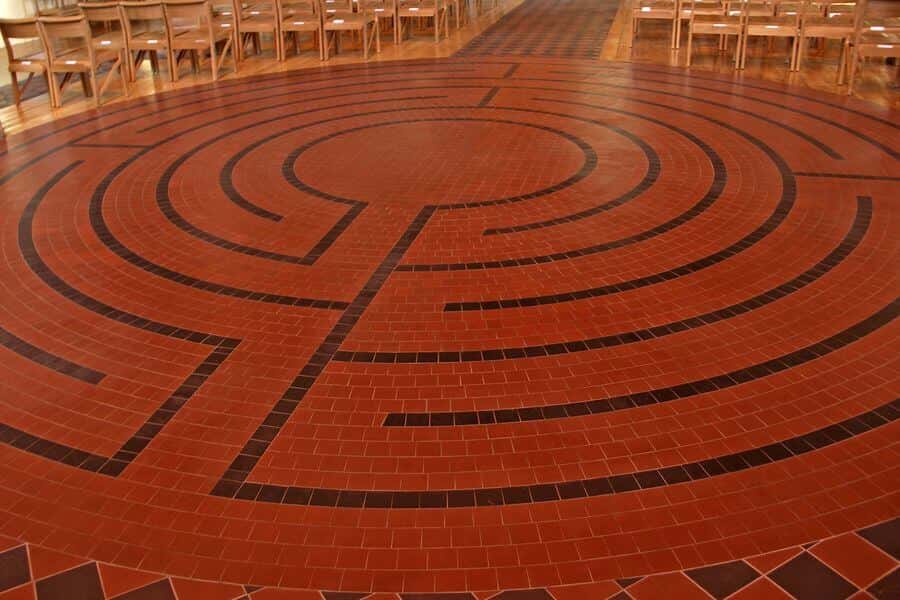 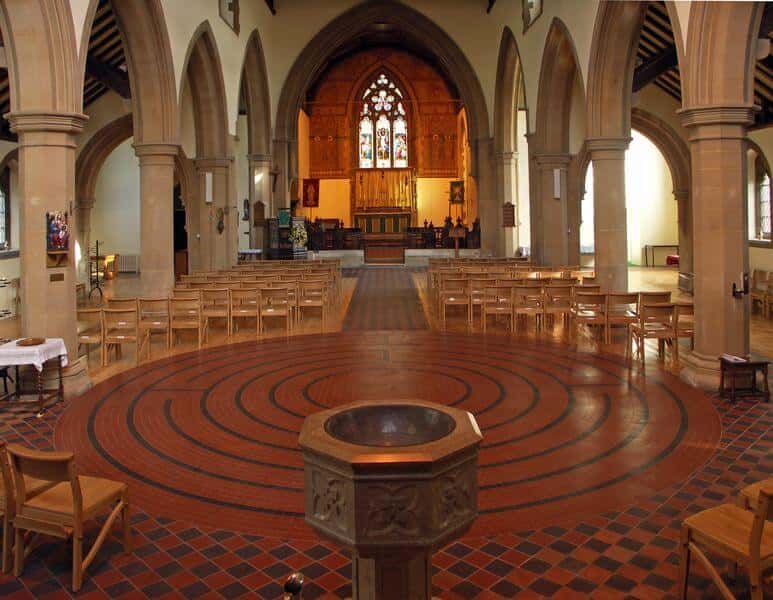 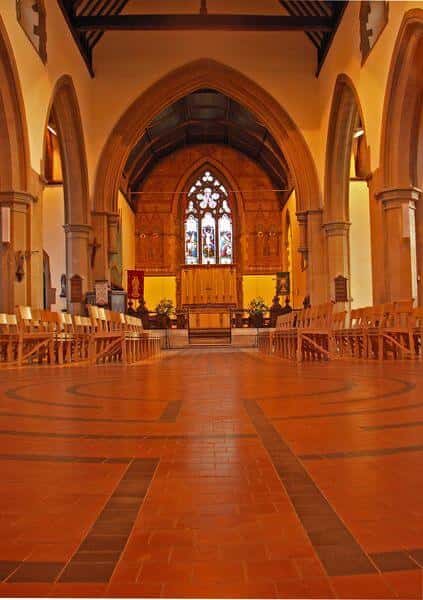 The Abingdon Labyrinth dates from the 11th century as an illustration in a book produced in Abingdon near Oxford, England. Although well known by labyrinth enthusiasts this design has never before existed in physical form in the town of its origin. As part of a major refurbishment project The Labyrinth Builders have now recreated this ancient design within St Michaels and All Angels Church in the town of Abingdon. The labyrinth was dedicated by the Rt. Revd. Stephen Cottrell, Bishop of Reading on 25th January 2009.

The Labyrinth is rendered in black and red ceramic tiles to compliment the existing original floor tiles of this 19th century church. The design is of an unusual six circuit four fold style with seven walls symbolising the “sevenfold heaven” referred to in the prayer accompanying the original illustration.

The Origins of the Abingdon Labyrinth

The labyrinth symbol is found in Christian contexts from the 4th century AD onwards. Many are recorded in hand copied books, texts and manuscripts, often dealing with philosophical, liturgical and educational matters. Later copies of such works are often accompanied by drawings of a labyrinth to illustrate these philosophical complexities to the reader.

The Abingdon Labyrinth is found in an early 11th century copy of Boethius, produced at Abingdon Abbey. The Illustration of a six-path, seven-wall labyrinth, contains a poem, Assumpta est Maria ad Caelestia, Alleluia! (Mary is assumed into Heaven, Alleluia!), which can be read in either of two ways: by following the path of the labyrinth, which gives one arrangement of lines, or according to the circles, which gives a different combination.